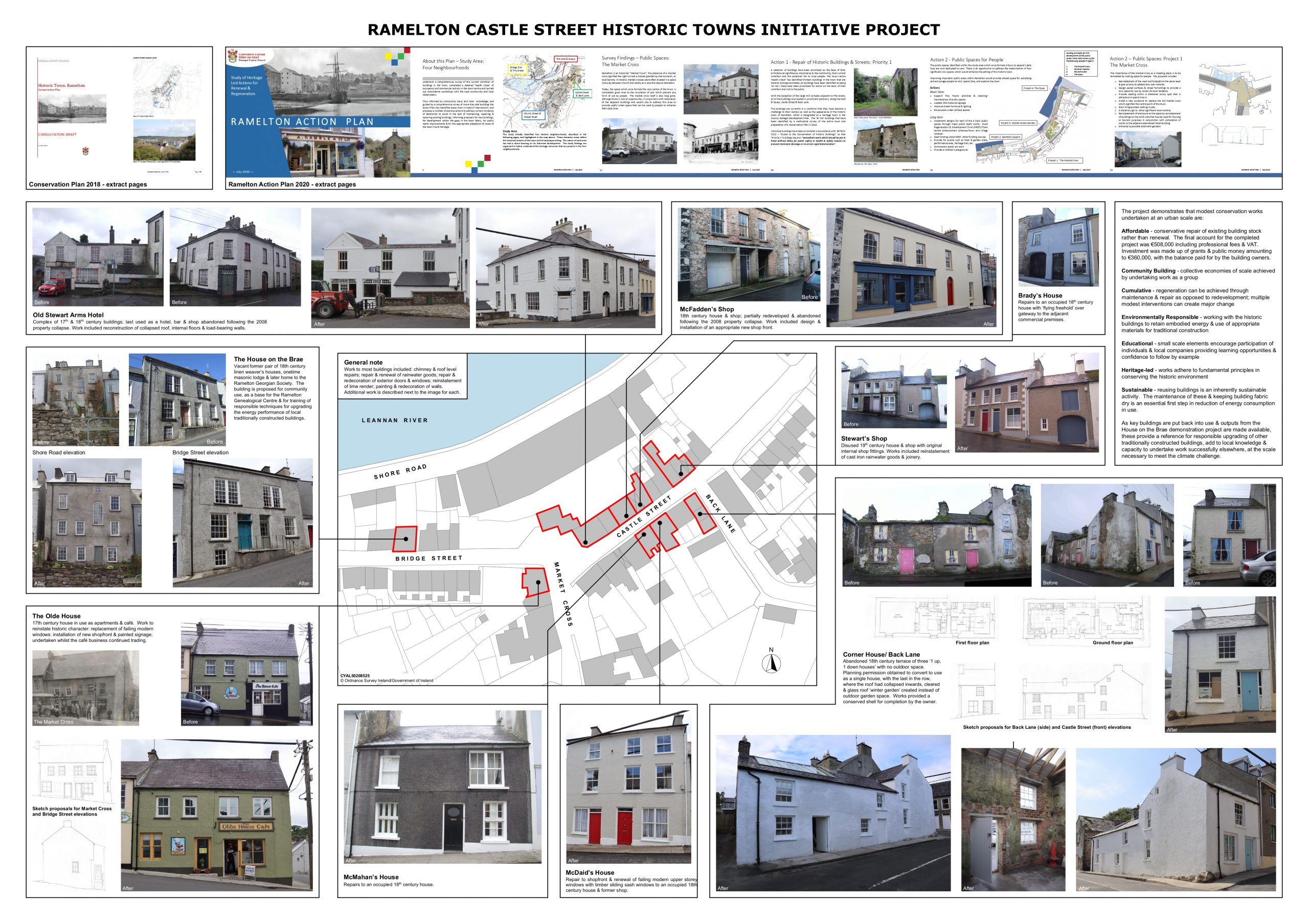 At the presentation of the national RIAI Awards on Thursday night, the project for regeneration of the Donegal town of Ramelton was awarded winner of the prize for ‘Urban Design’.  There were 147 entries into the awards competition, and the entry submitted by Dedalus Architecture, under the heading of ‘Ramelton Castle Street Historic Towns Initiative Project’ was also highly commended under the category of ‘Sustainability’.

The clients for the project were individual private building owners, the Ramelton Georgian Society, and Donegal County Council.  The project was grant-assisted by the Heritage Council and Department of Housing Local Government & Heritage under the Historic Towns Initiative.  In addition to providing management of the project by the county conservation and heritage officers, Collette Beattie and Dr Joseph Gallagher, further investment was provided by Donegal County Council, with the balance of funding provided by individual building owners.

Ramelton is the first designated heritage town in County Donegal with a ‘heritage-led’ Action Plan, which was prepared by the Moville based conservation practice, Dedalus Architecture.   The plan, directing regeneration of neglected urban fabric, was made working closely with the Ramelton Georgian Society and Donegal County Council to establish connections to inform residents and undertake further projects anticipated in the plan.

The ‘Ramelton Castle Street Historic Towns Initiative Project’ project, the first of the actions of the heritage-led plan to be implemented, involved repair of twelve run-down or unused buildings, making a massive improvement in the appearance and future fortunes of the historic town core, on a shoestring budget.

The project demonstrates the potential for modest conservation & repair work at an urban scale to address regeneration inclusively, sustainably & cost-effectively.  The repair of our built heritage is an urgent challenge for all Irish towns, and is a simple, but essential first step in reducing energy consumption, and a critical action in helping to address climate change.

Duncan McLaren, principal of Dedalus Architecture, thanked everyone for the huge support that they had received in the public vote, and said that he was delighted that the ongoing programme of repair work at the unique historic Donegal town of Ramelton now has the national recognition that it deserves.  This award follows commendation in 2020 by the Irish Planning Institute for ‘participation and engagement’ by the same team with the local community at Church Lane in Letterkenny for work also funded under the Historic Towns Initiative.  The award winning team are now hard at work on a major Historic Towns Initiative project, in Ballyshannon, due to be completed at the end of this year.

In a further scoop for the county at the national awards ceremony two projects by Rathmullan based architects, Pasparaskis Friel, were highly commended, a private house and the Killybegs Regeneration Strategy and Action Plan, also for Donegal County Council. 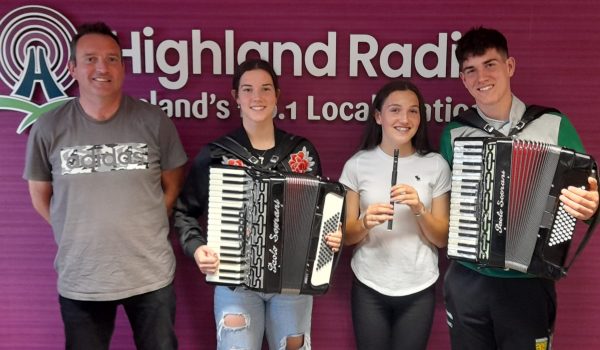 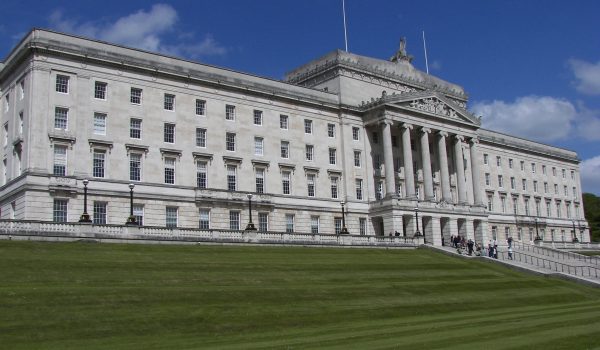 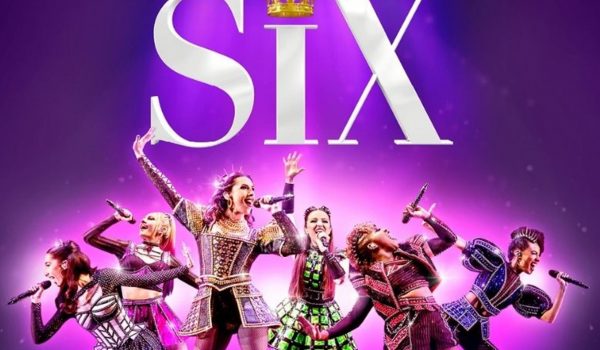 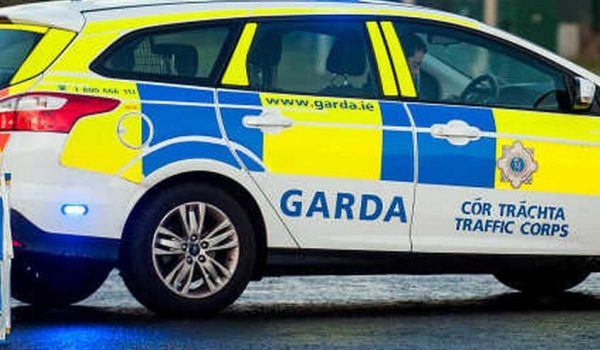